The eagles have landed (again).

Last spring, I was lucky enough to locate an active eagle's nest, and access into the location, and was able to successfully photograph them on two separate outings.  Knowing that eagles start repairing or building their nests as early as March, I was eager to get back there, to see if this site would be active again this year.

Along the way of my short paddle to the nest, a few other birds were willing to pose for the camera on this gray, cool and rainy morning. Wood ducks were all over the area today.  I kept hearing the distinct noise of a hen wood duck, and I was able to just catch a quick glimpse of her as she passed through the one opening I had in the bushes. 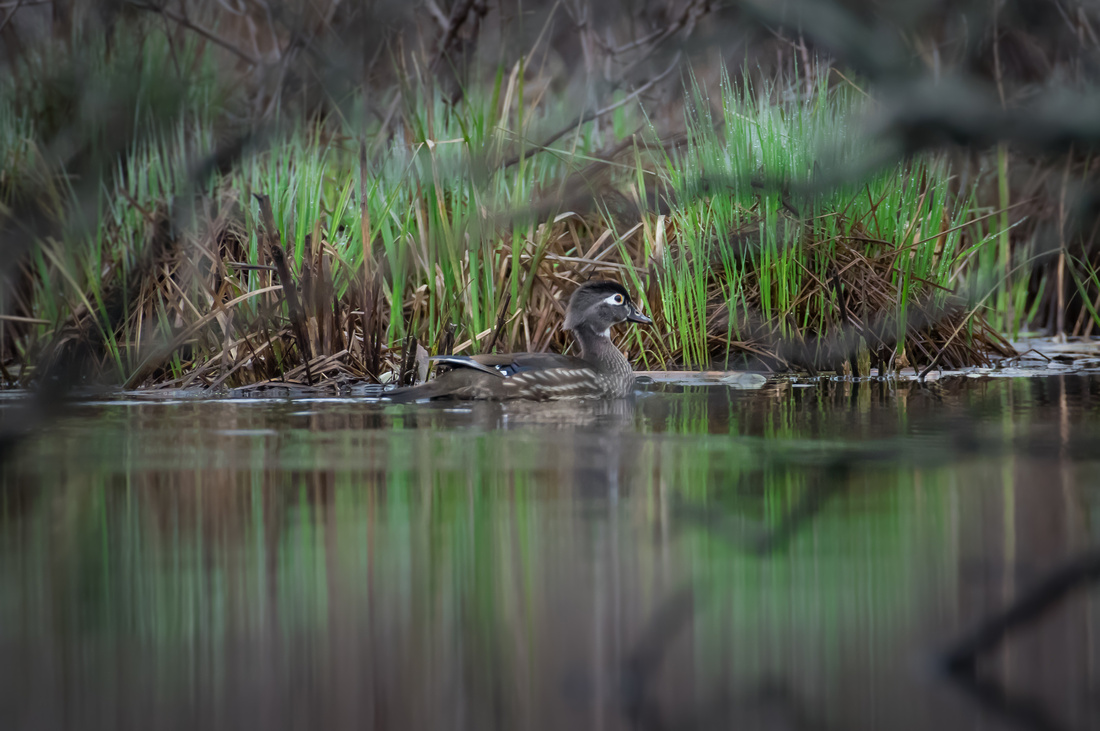 The next bird to pose this morning is extremely common. Usually, most people think of the grackle as just another black bird.  However, up close, they're anything but!  Check out the colors on these birds. 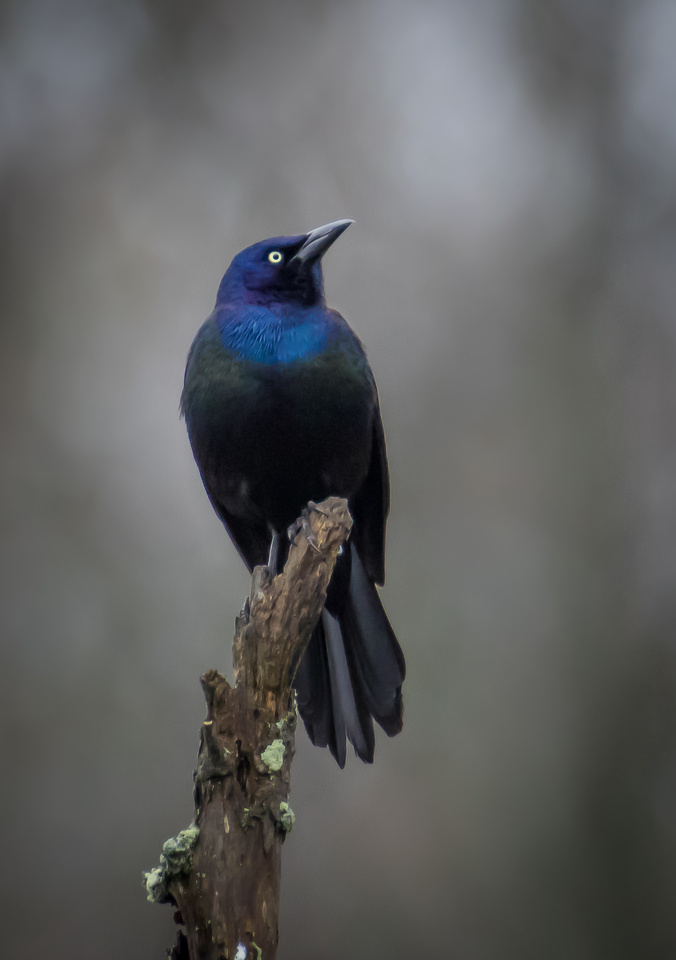 Now, on to the star of the day. When I first looked up at the nest, it was empty, or so I thought. I then paddled around for a different angle, and a closer look, and there it was! It didn't jump out at me at first, but just to the right of the center of the nest, you can see the white head, and that ever-recognizable eye. After securing a decent spot in the brush to hide my presence as much as possible, I was now officially on 'eagle stake out'. I was waiting for some action, movement, anything that would make for more interesting pictures. And then... it started to rain.  The good news is, the camera gear is 100% weather-sealed. The bad news is, I am not.  Not expecting any rain, my rain gear was not with me today.  However, shortly after it started to rain, another adult eagle flew into the nest, while carrying a headless fish in its talons. 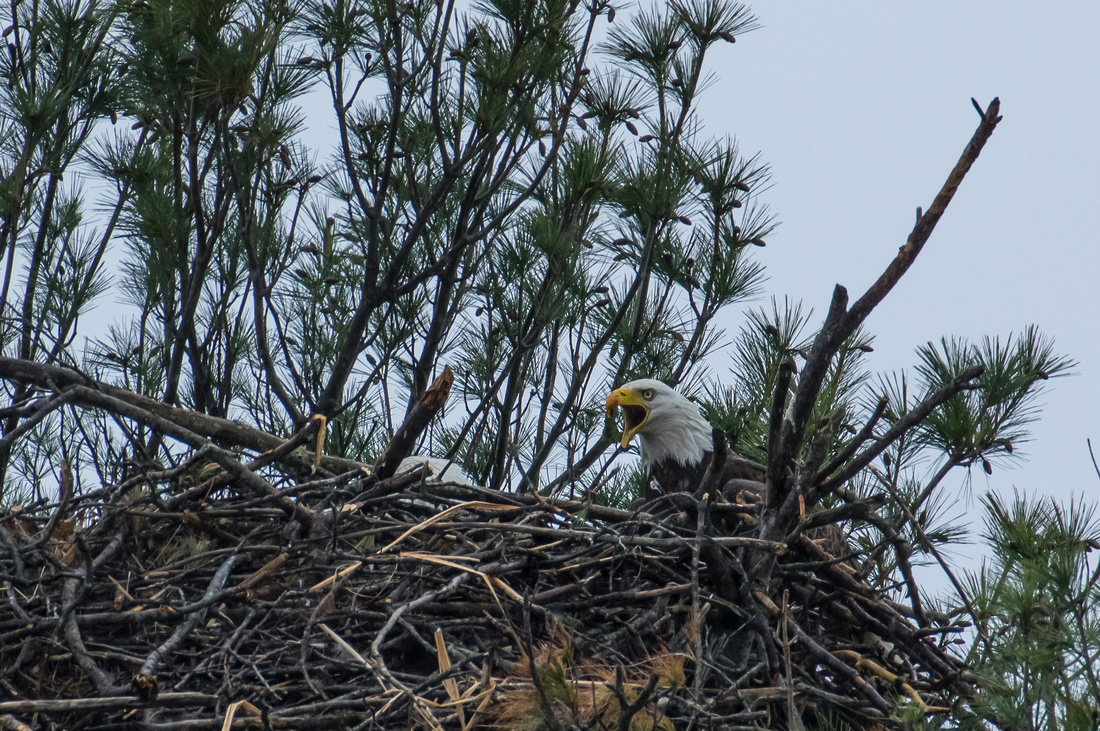 This second eagle landed, screeched a few times, and flew off again, with the fish, and parts of the nest in tow. The 'Peal call' of eagle is another extremely distinct sound. 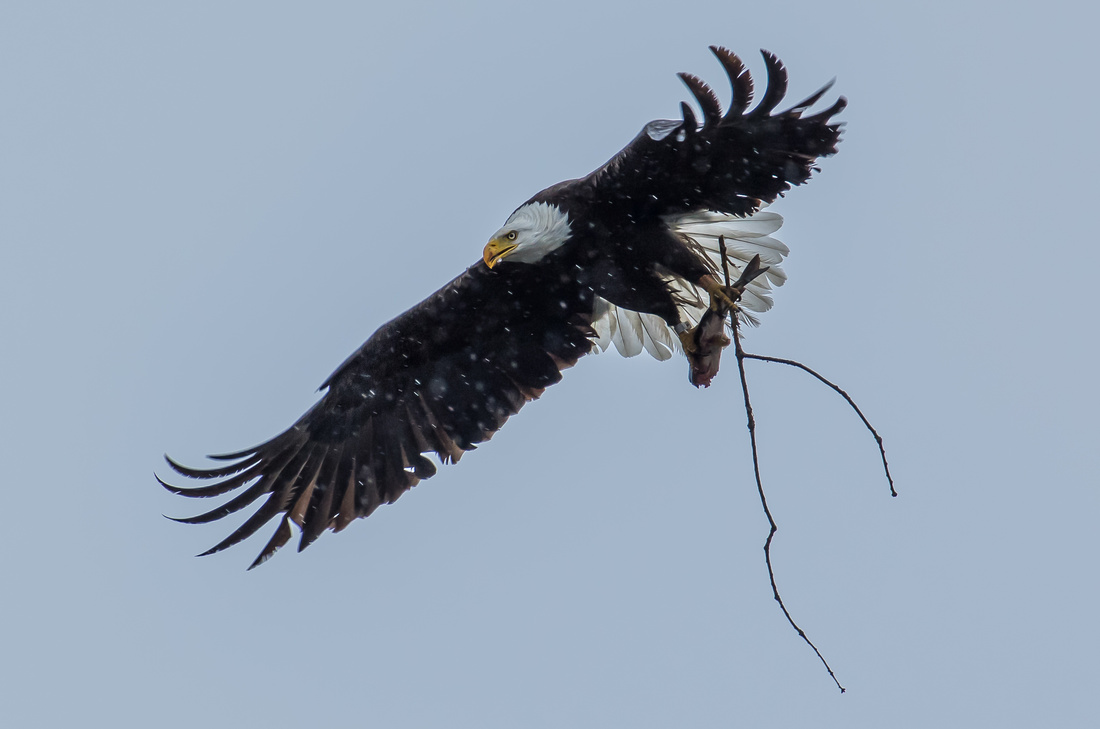 After a very short flight, the eagle returned without the stick, but still holding its fresh kill. 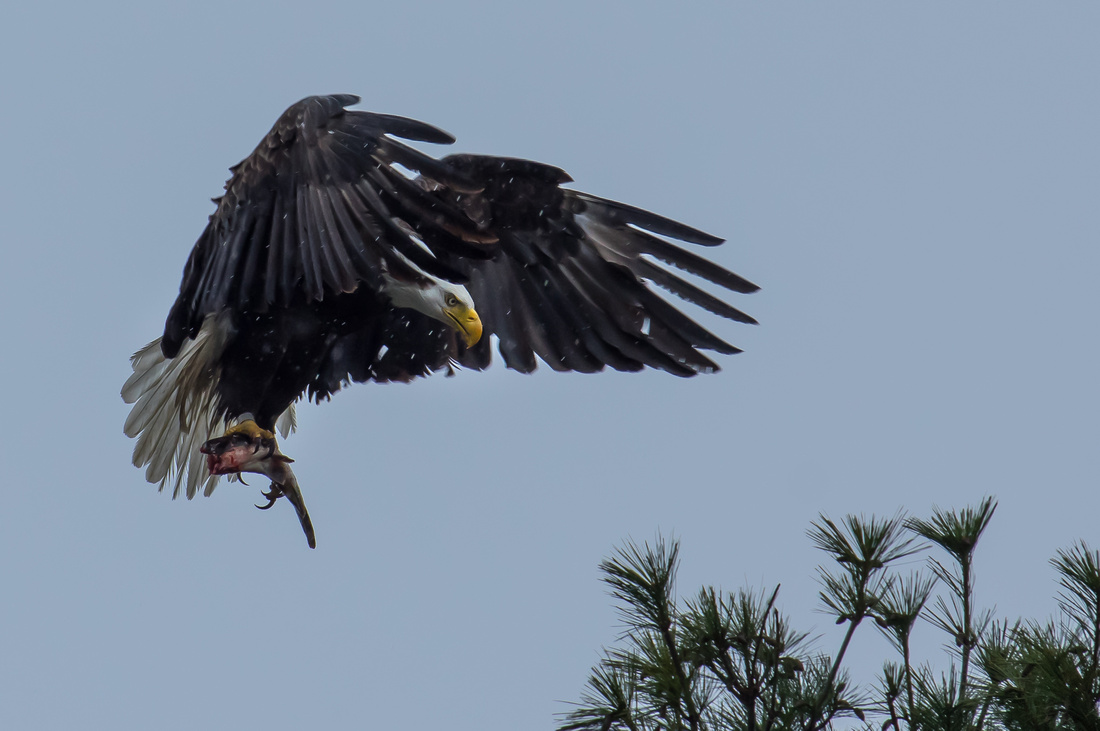 The rain finally stopped, and both birds shook of some of the water, then the fish-catcher took off once again. 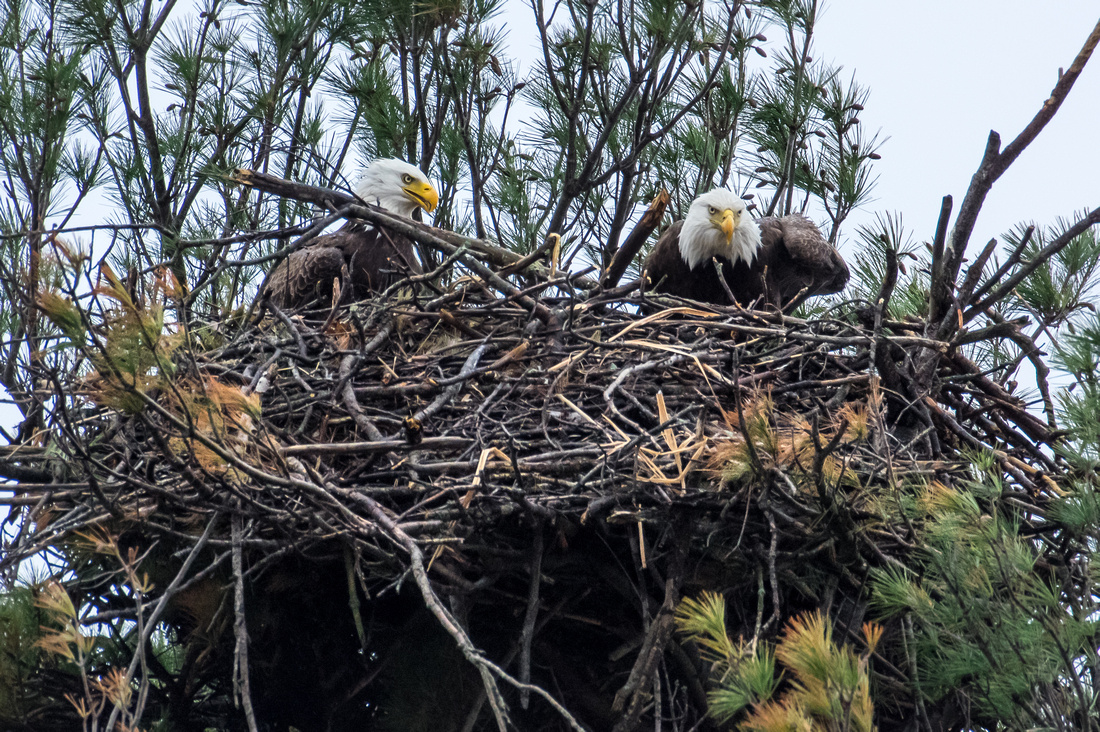 I stayed for an another hour, hoping to witness a return flight with a second catch-of-the-day, but it was not to be. I left the single eagle to tend to the nest, and presumably, to protect their newly-hatched eggs. 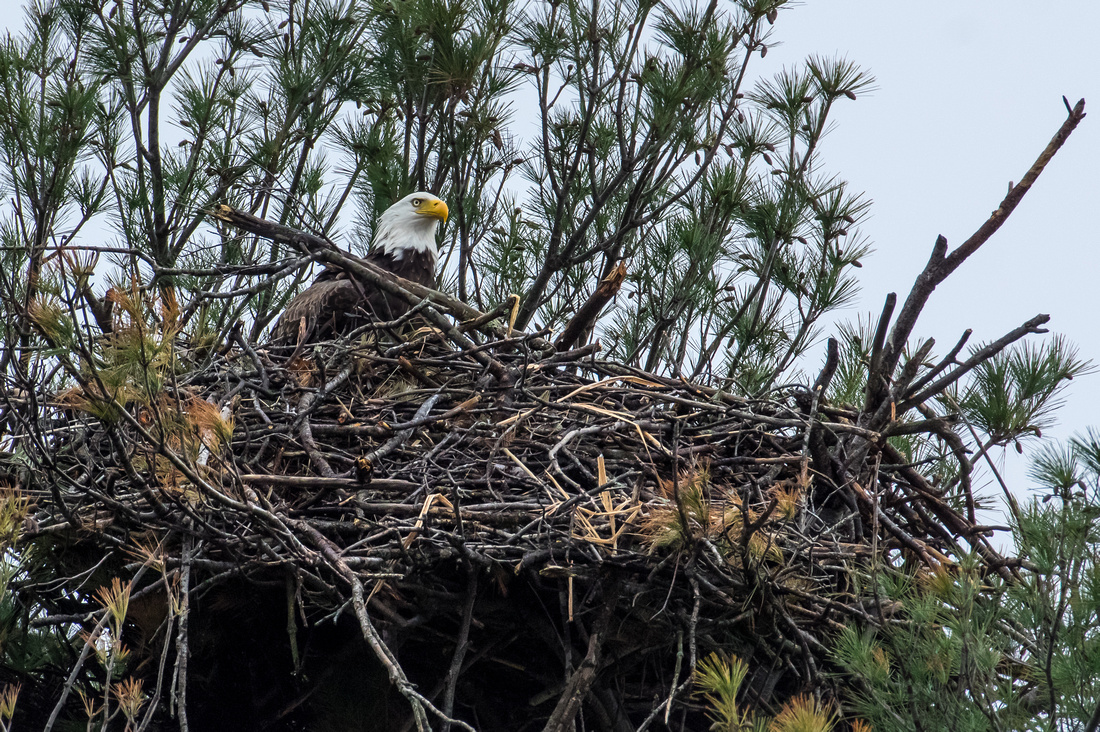 With continued luck, I'll be able to share pictures of their new chicks over the next few months.