It's good to have goals in life. Some goals are easily achievable.  Some... not so much. Some goals even border on being unrealistic. I have one of those borderline unrealistic goals of hiking to all 48 peaks on New Hampshire's '4000 footers' list. Forty-eight mountains with a peak elevation over 4000' above sea level. How hard could it be, right?

This past weekend, I checked off #6 and #7 off my list (there is no specific order) by hiking to the peaks of North and South Kinsman.  In the past year, I've hiked Mt Lincoln, Mt. Lafayette, Mt. Moosilauke, Bond Cliff and Mt. Bond.  However, this hike to the Kinsmans, would be my first solo hike.

This particular hike begins off Rt 93, at the Lafayette Campground. After a short, but moderate 1-1/2 mile hike, I arrived at Lonesome Lake.  I then took a trail that follows the east and north perimeter of the lake.  The majority of this trail is marked by wooden planks that allow hiking even when the marsh and swampland around the lake are at their wettest. 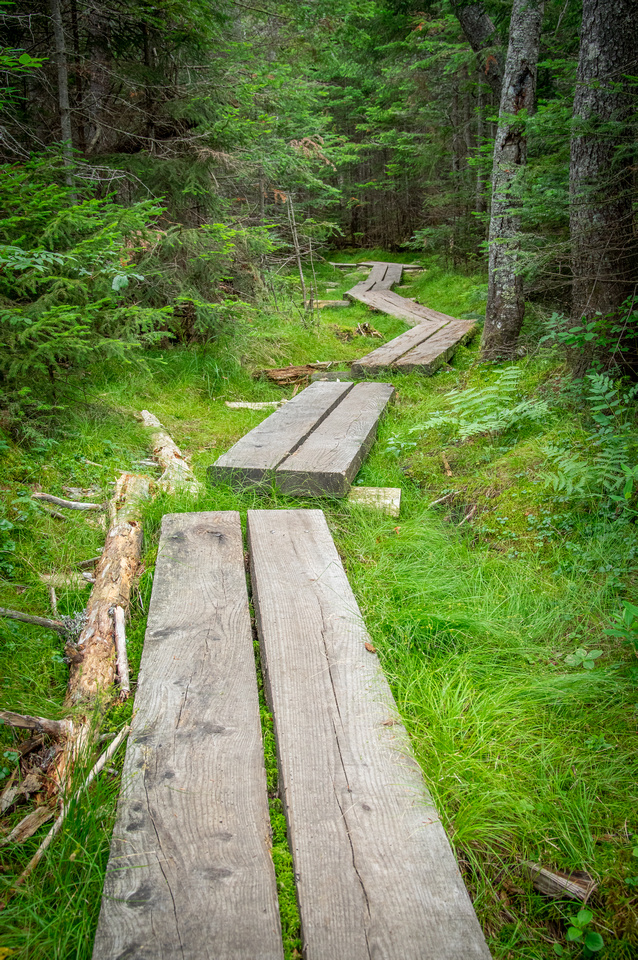 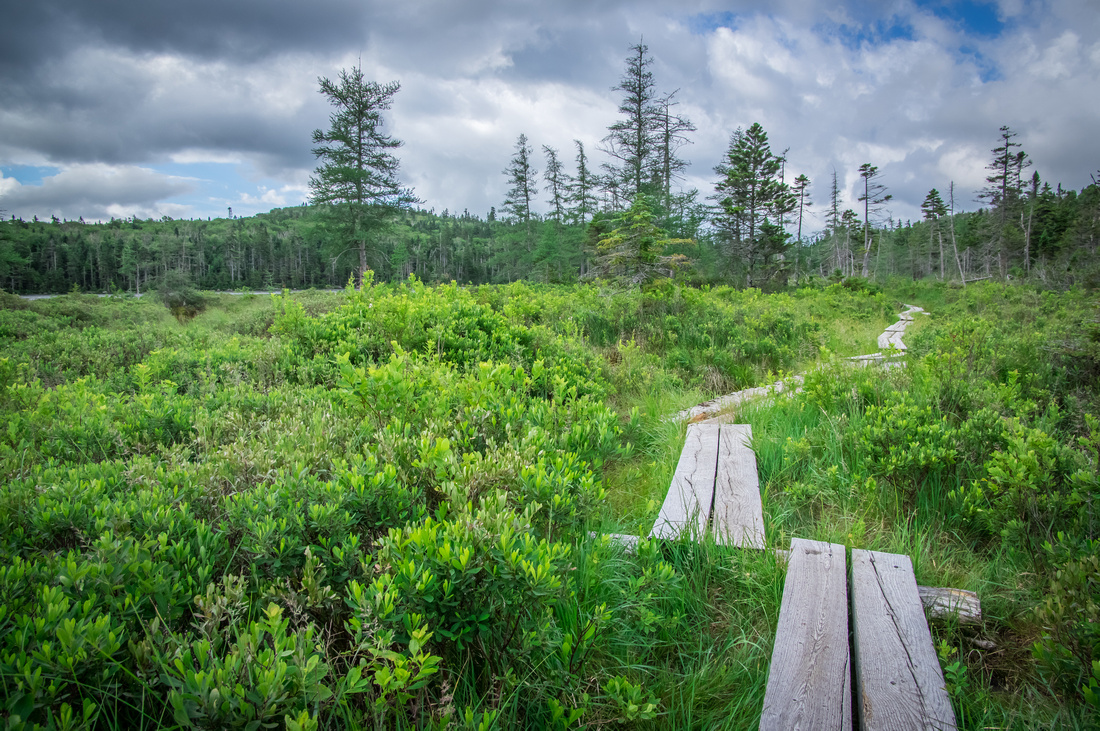 This portion of the trail brought me past a quick moving stream with small brook trout visible along its banks. I also passed many different species of wild flowers, including these tiny, carnivorous plants called sundews. 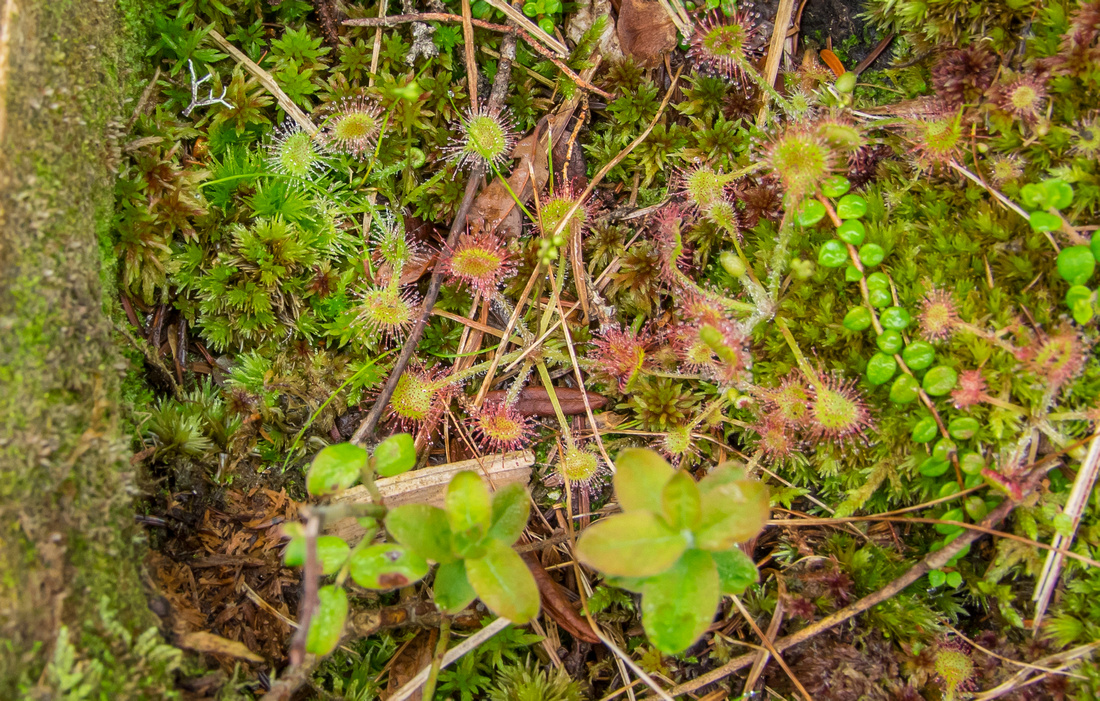 In addition to the carnivorous plants, there was plenty of colorful wild mountain laurel. 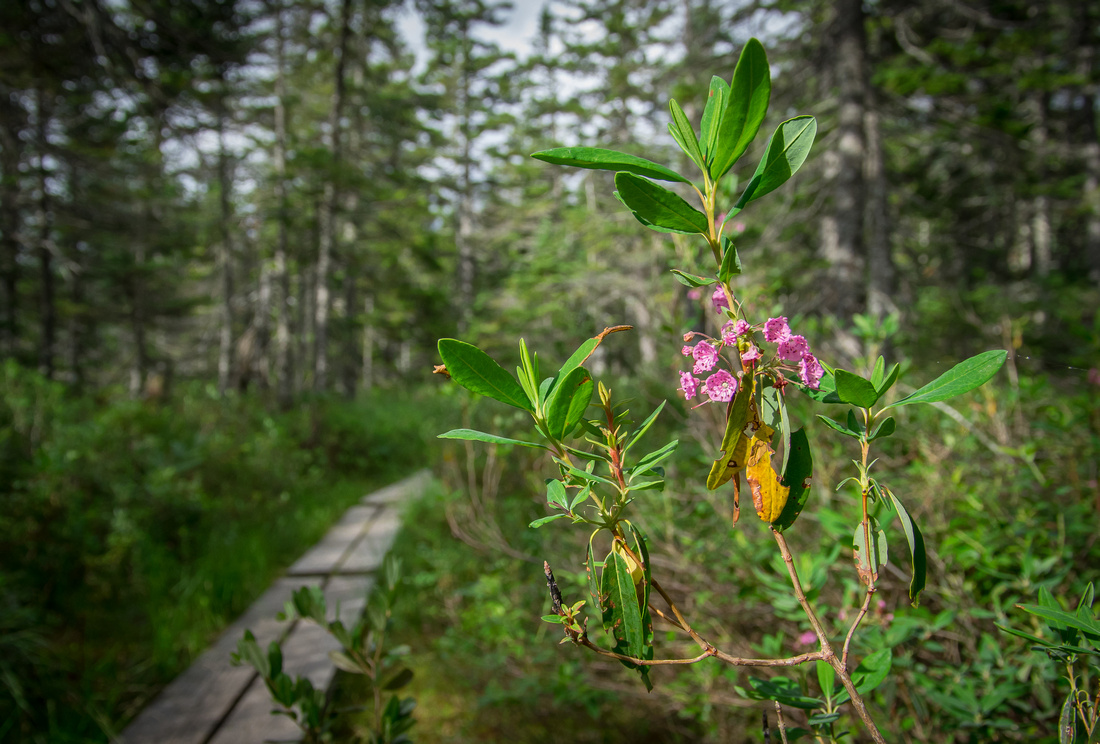 The other plant that I saw along my route up and down these mountains is called Bunchberry or Creeping Dogwood. Carpets of these flowers aligned lengthy sections of the trails. 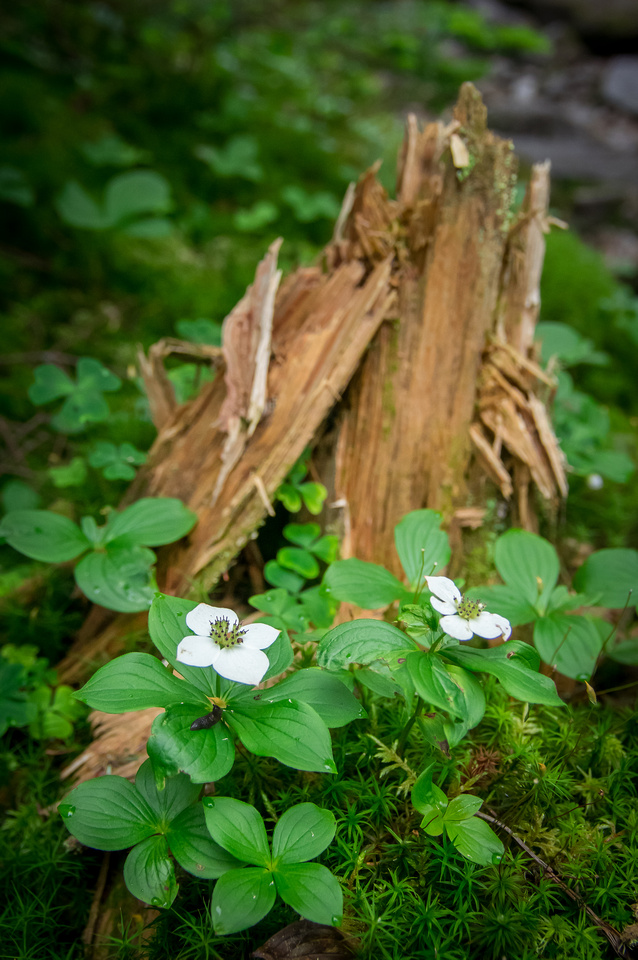 Once I finally got to the waters edge, the thick morning clouds were hanging right along the Franconia Ridge in the background. 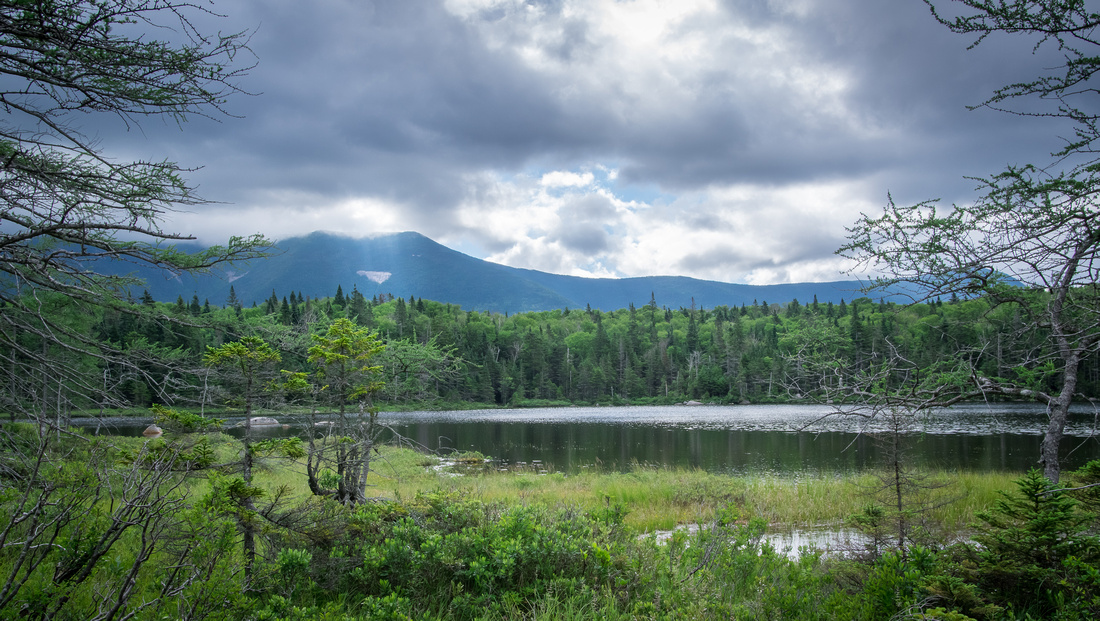 This duck has the most amazingly beautiful backyard! 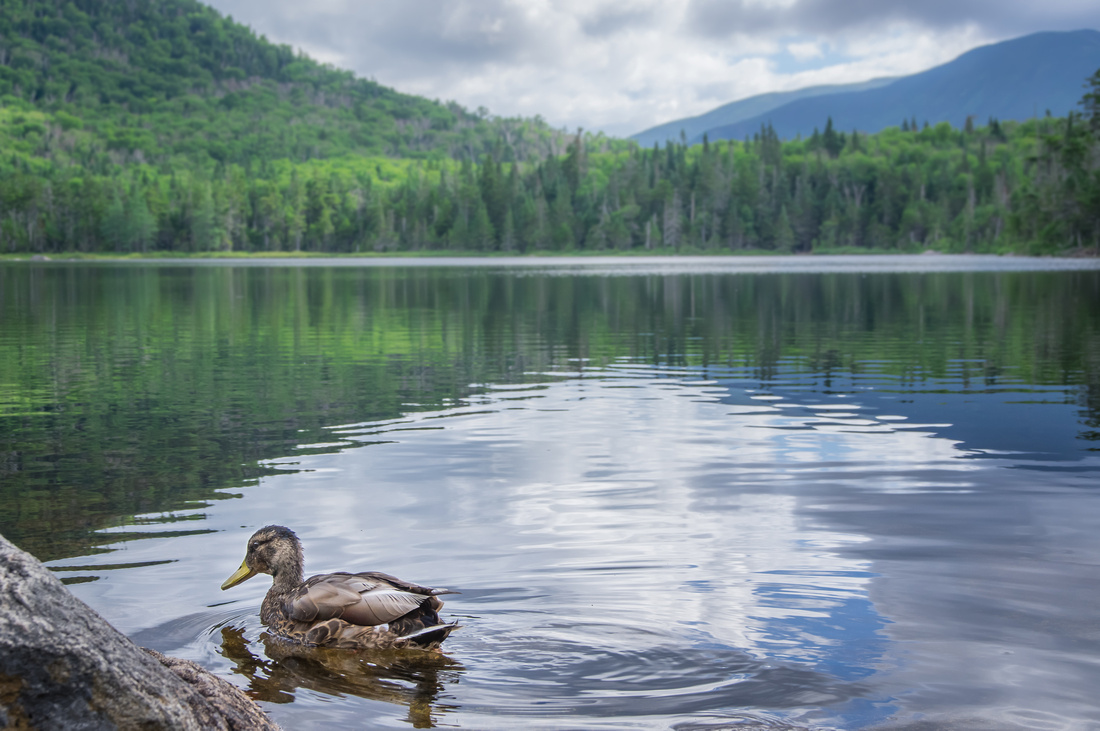 After leaving the area around Lonesome Lake, I started my ascent to the North peak of Kinsman Mountain. I knew it was bad news, as the first 1/4 to 1/2 mile of the trail that leads to the summit was severely downhill.

The trail entered into some really deep, dark woods. It was still very cloudy, so I was in no hurry to reach the peak, and I took some time to capture a picture of this small stream pool. 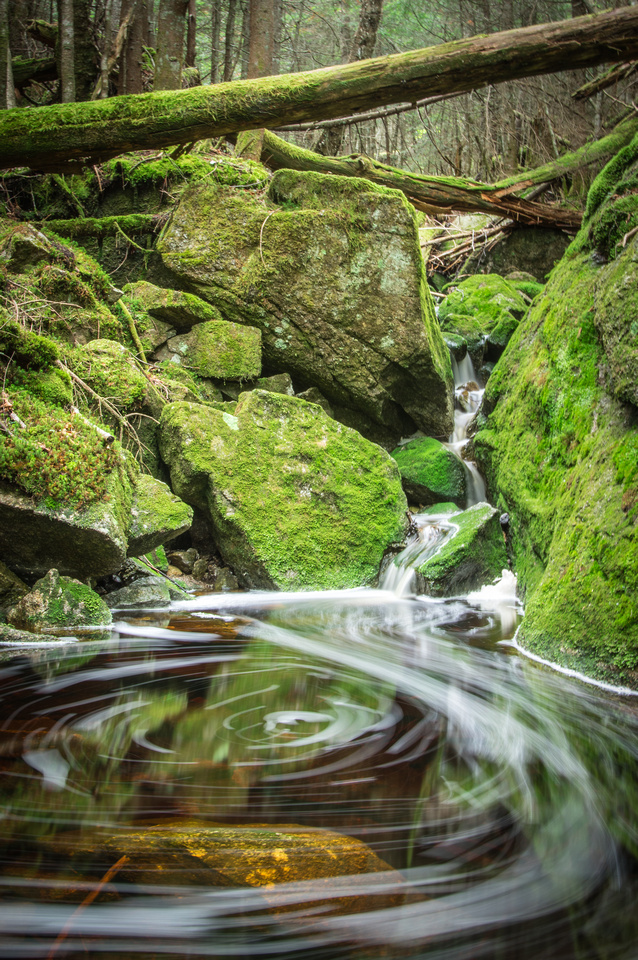 Remember I said it was bad news that I was going downhill to start my ascent?  This is why... at some point, you have to make up for that if you're ever going to get to the top. This trail finally did go up, and it did so with some serious teeth!  These photos below illustrate the easier parts of the trail.  The camera didn't come out while I was literally rock climbing up the wet, sheer rock faces that came into play quite frequently almost the entire way to the summit. 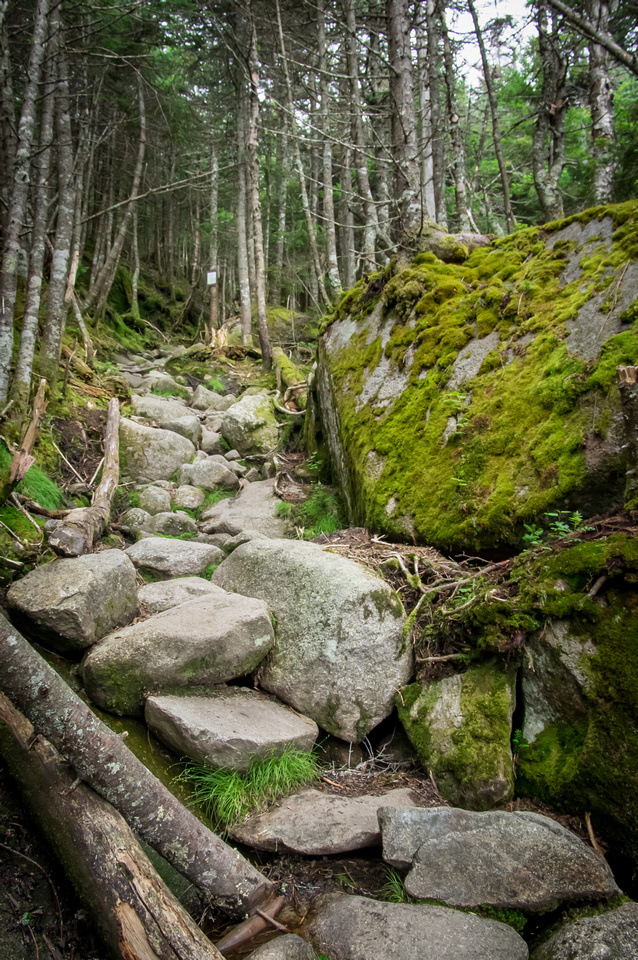 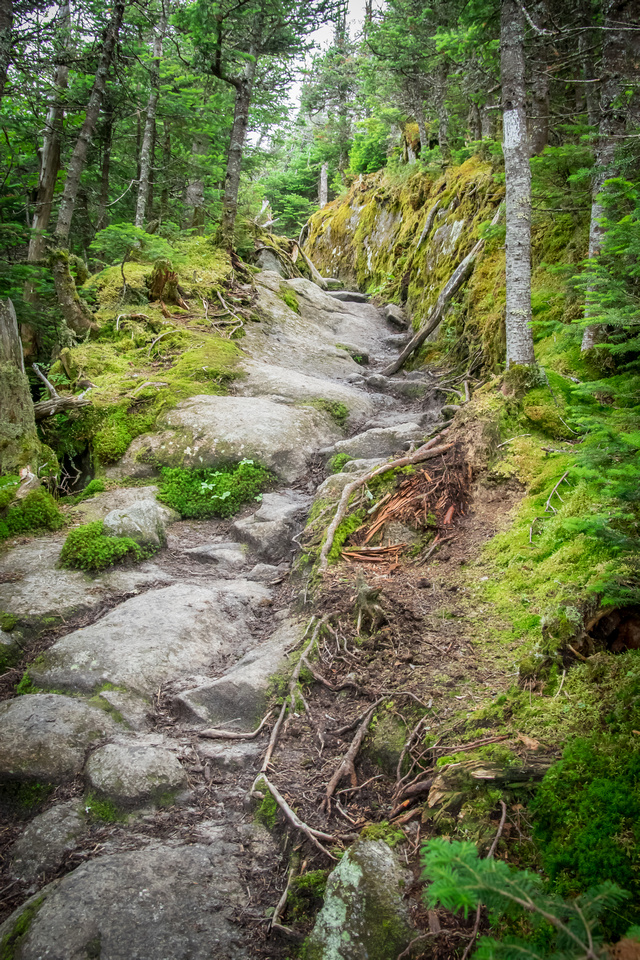 When I reached the summit, the clouds and fog were rolling in even more than earlier in the morning.  At one point, I could see no more than 50 yards.  I had made it to the summit, and I had zero view.  A great view is not guaranteed, but if you wait long enough, as quickly as the fog and clouds roll in, they can also roll out.  This day would be no different. After about an hour of relaxing, resting my feet and eating on the summit, the waiting paid off. 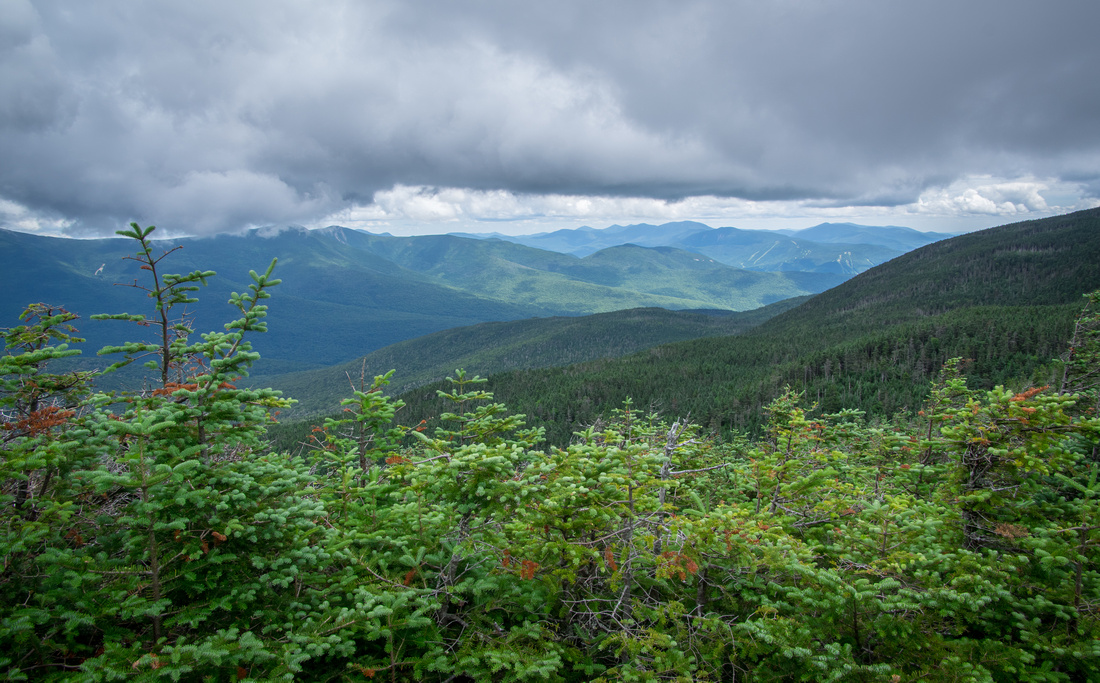 In this picture below, you can barely see the edge of Lonesome Lake in the far right distance. Kinsman pond is straight below the ledge I was sitting on. This vantage point really provided me a sense of scale of where I started, and how far I had hiked to arrive at this spot. 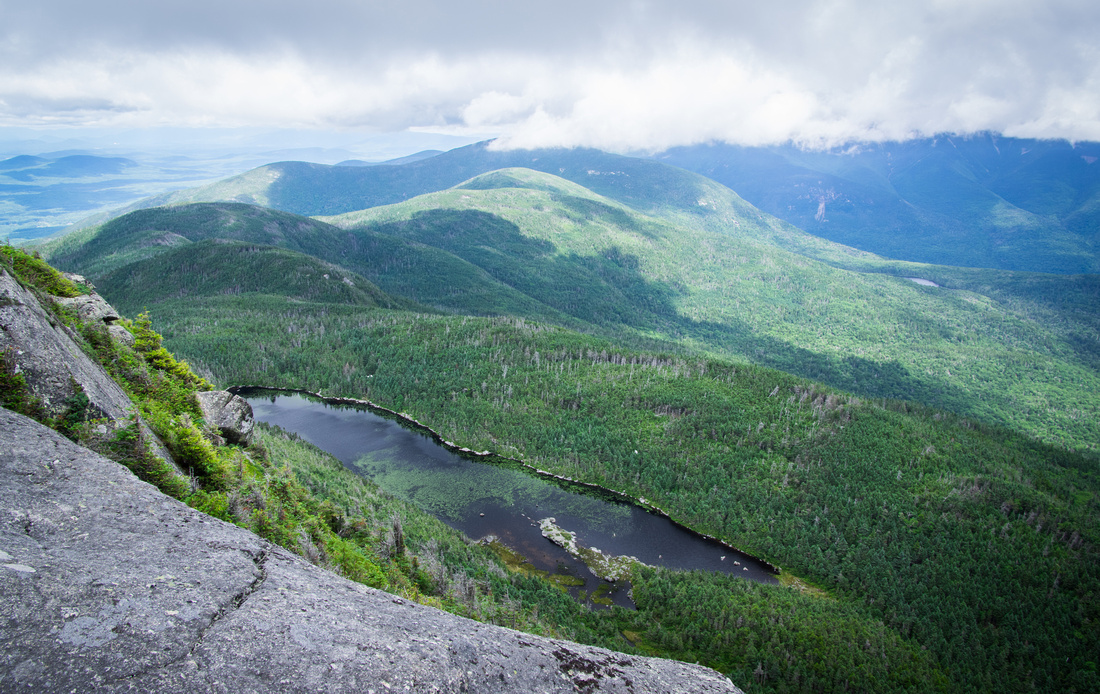 The skies remained clear, and when I made it back to Lonesome Lake upon my hike back, I was able to get a much clearer view of the Franconia Ridge Line providing an amazing backdrop to the lake. 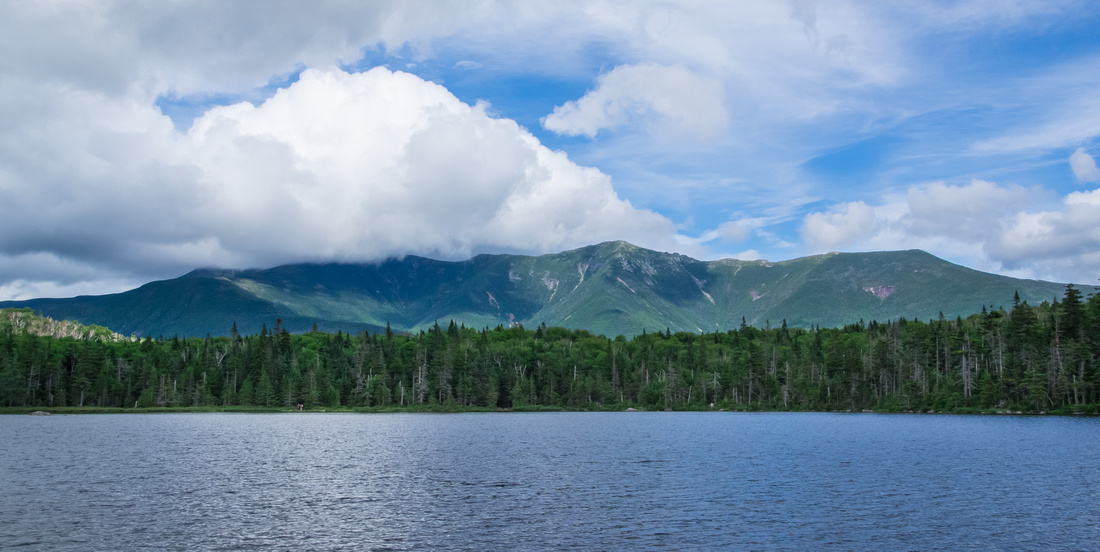 What I liked most about this hike was the variety of scenery and different types of trails and terrain. Lakes, ponds, wildflowers, natural trails, man-made trails, summit views - all part of this one hike.

The total distance hiked on this day would be slightly over 10 miles. That's 10 miles closer to achieving my goal.  Only 41 more peaks to go.