The making of a photograph

When most people see a photograph, rarely do they spend much time wondering what might have been involved leading up to the moment the shutter was pressed. Unless you're very into photography, you see a picture, you may or may not have a strong emotional reaction to it, and you move on.

Last week, I had the rare opportunity to be out shooting in a new place, and I was joined by my life long friend, Troy, who is a very accomplished photographer. I was unaware of it while it was happening, but he was taking pictures of me... taking pictures.  When combining his photos, with mine, you get a true sense for what went into the final image.

Lets start at the end. Here is the final image. 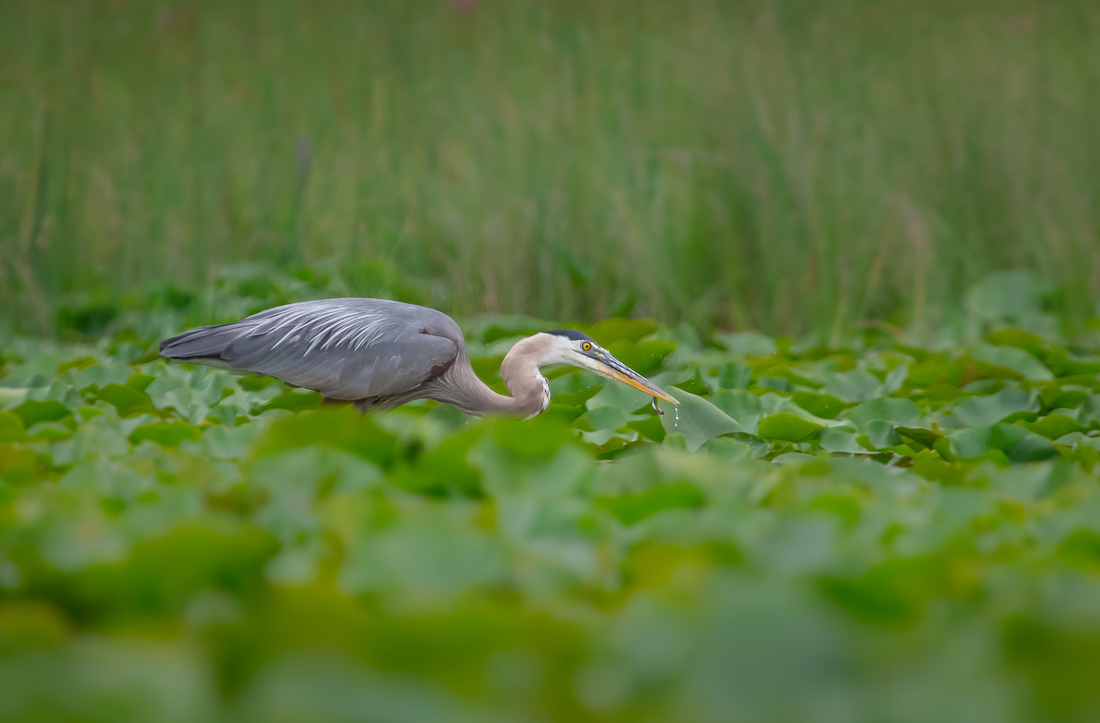 We had observed this Great Blue Heron from a distance while he hunted for small fish.  This bird is not rare.  I think everyone has probably seen one at some point in their life.  So, in order to capture an image of one that people would find interesting, I wanted something unique, and ultimately I had hoped to catch him with a fish in his mouth.  Mission accomplished.

As you can see from the picture, there is hardly any visible water surrounding the heron.  Both Troy and I are using our Poke Boats in this wetland area.  They are a light-weight, sneak boat, most closely resembling a kayak.  They only weigh 28lbs though, and we can get to places that most other boat can not.  Prior to getting into position for this shot, we had to get in and out of the boats to carry them over two beaver dams, paddle though a channel created by the beavers that was narrower than our shoulders and surrounded by head-high grass, followed by a short paddle through a rare patch of open water where I began my stalk to get closer to the heron. 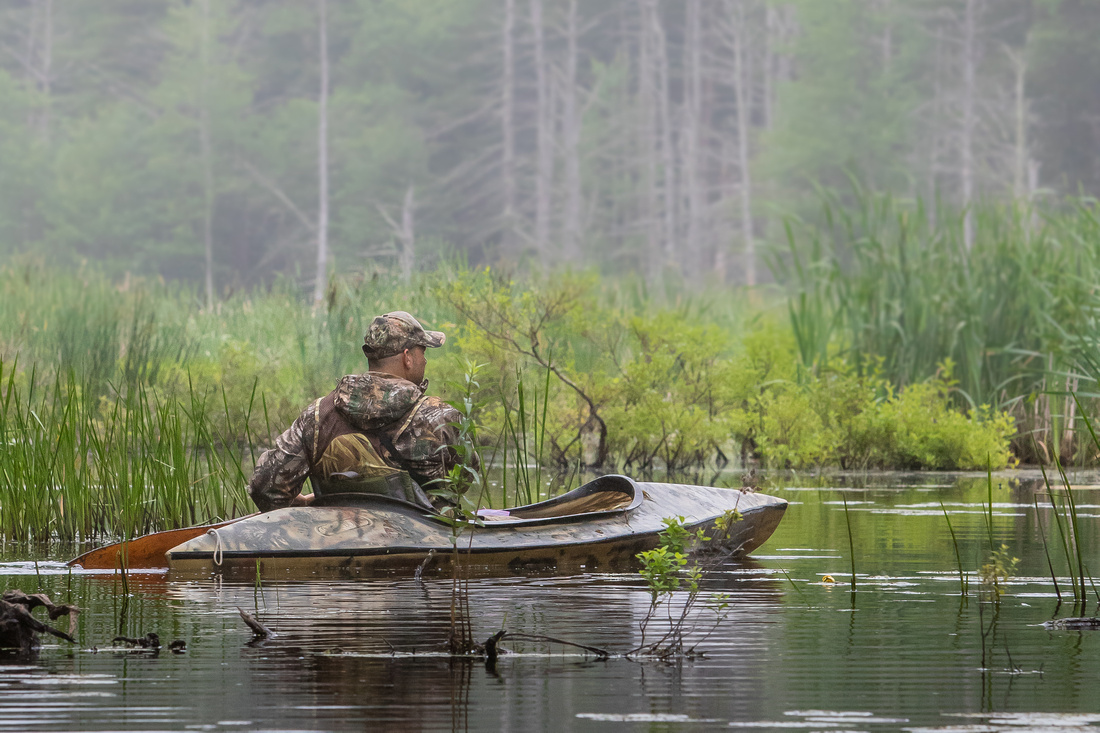 Shortly after Troy took this image, I was into the endless carpet of lily pads and in only a few inches of water. I would push my paddle into the mud and push myself forward a few feet at a time, waiting for the bird to look the other way, or be so focused on his prey, that he didn't notice my struggle.

Each time I got a little closer, I would take advantage of the distance I had covered, and take some shots. 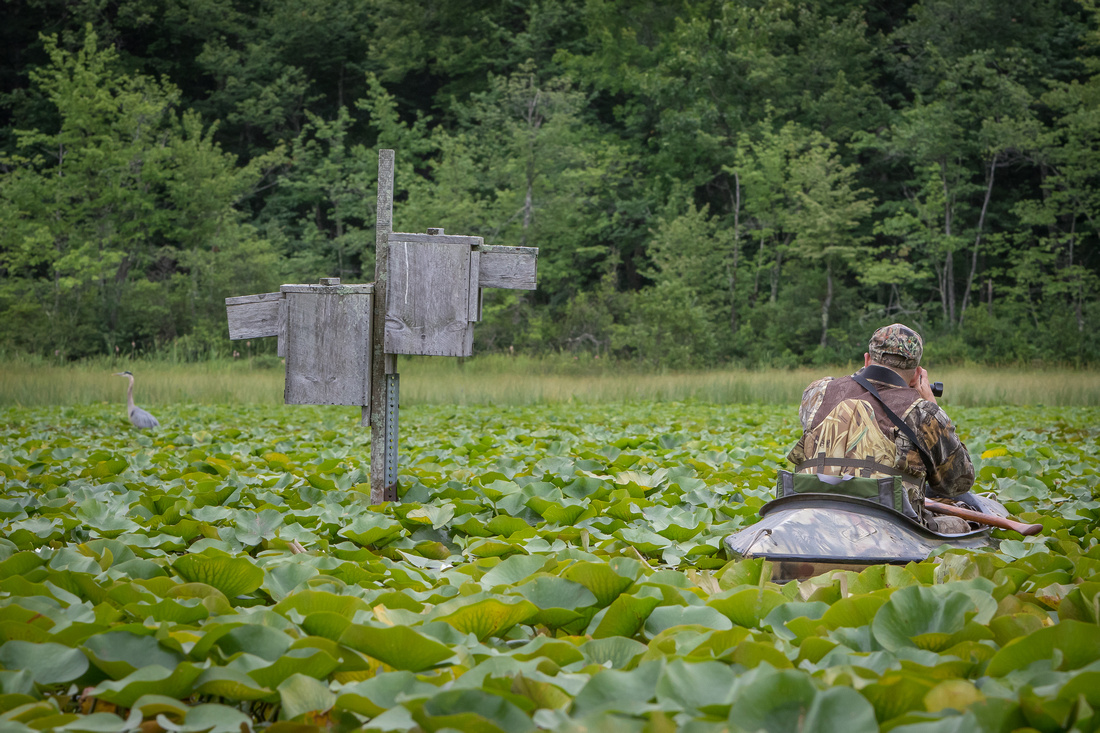 This image below was shoot during the sequence I was shooting in the picture above. 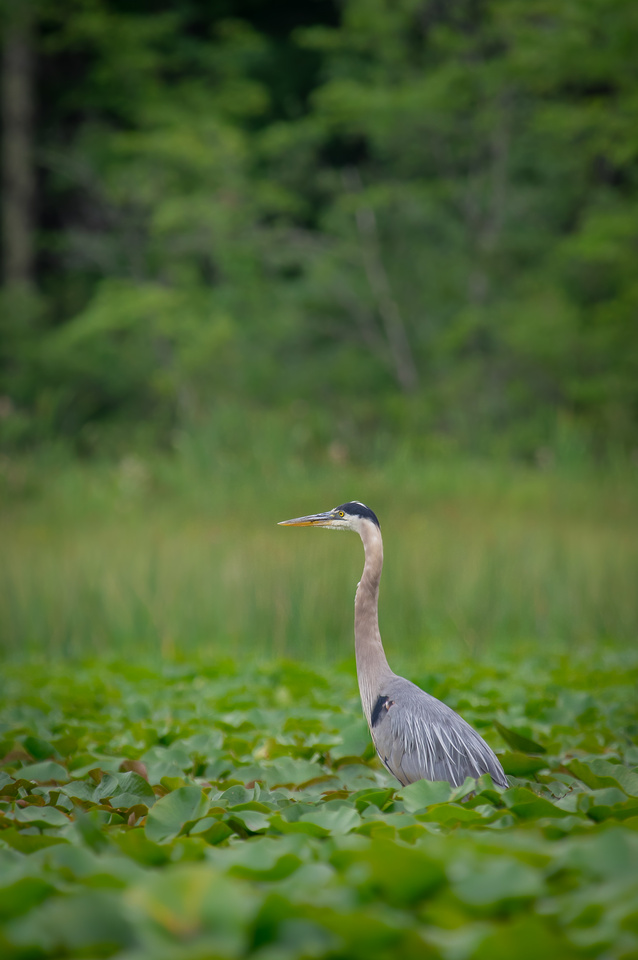 On the way out, some evidence of this heron, or others, that call this pond 'home'. 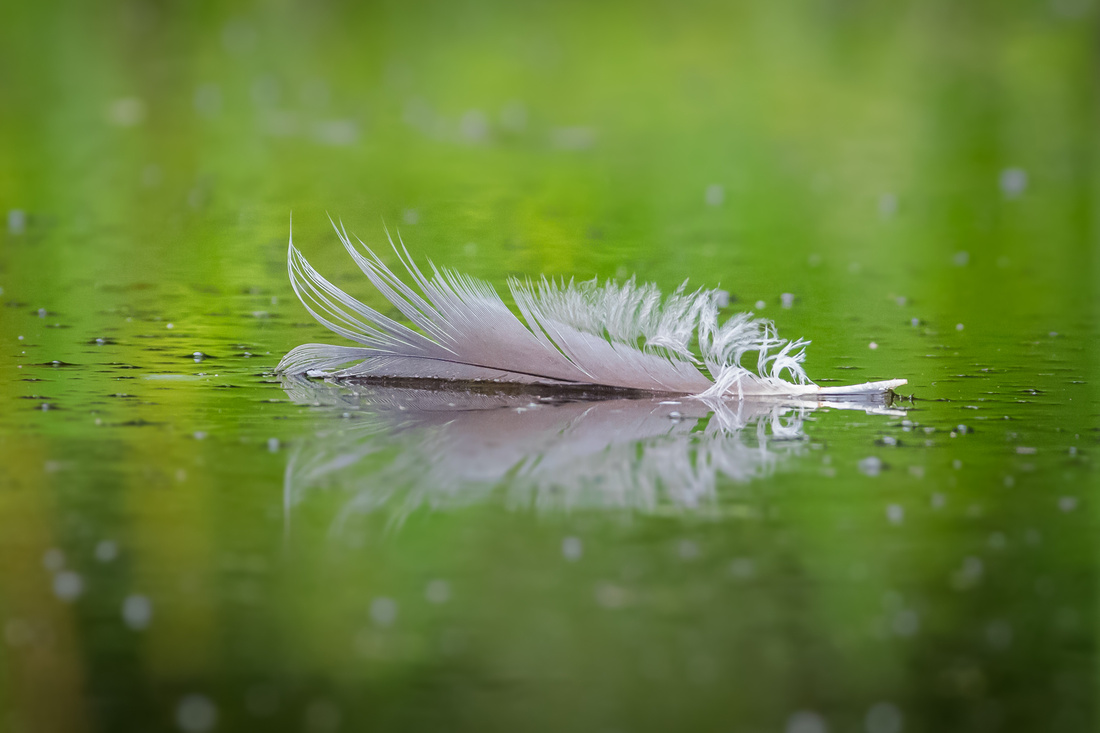 I'm sure many of you are thinking that the final image was not worth all that trouble, and to be honest, for a blue heron, I have a hard time disagreeing with you! For me though, this is far more than a picture of a heron with a tiny fish in his mouth. This was a day to enjoy nature, to get some exercise, to be outdoors in a place I've never been before, to practice with the camera, and to enjoy some time with a friend.  It was well worth it in my book.